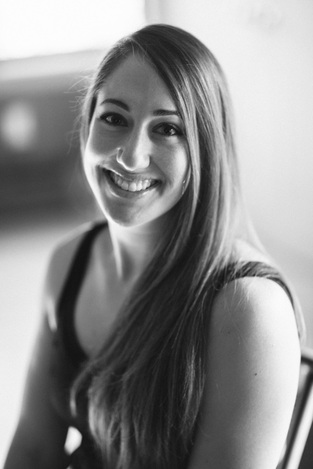 Lacey Sasso was raised in Kansas City, MO and has been dancing since the age of four. She attended Missouri State University where she earned a B.F.A. in dance performance with a minor in psychology. While attending MSU she was a member of Inertia Dance Company,which taught creative movement to elementary students while focusing on and promoting literacy. She had the privilege of working with guest artists such as Susan Dodge, Lisa Fusillo, and Shirley Ririe and also performed at American College Dance Festival. Lacey has performed internationally at the 19thCongress on Dance Research in Larnaka, Cyprus and at the first Congress on Dance Pedagogy in Bogota, Colombia. Since graduation, Lacey moved to New York City where she presented choreography and worked with Push

Factor Dance Company. Lacey is entering her fourth season withUndertoe Dance Project (NYC) where she serves not only as the Jazz Captain, but she is also a featured choreographer and the resident Jazz teaching artist. When she is not in rehearsals, Lacey spends her time teaching at Broadway Bound Dance Studio and Walker's Dance and Gymnastics. Lacey currently splits her time between NYC and Boston, where she is in her second season with Six One Seven Dance Collective.