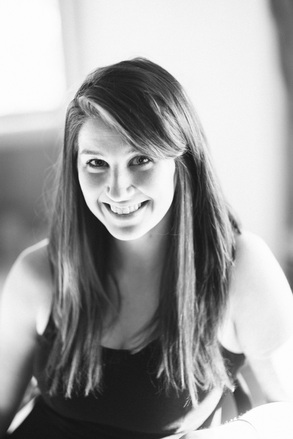 Courtney Blanch graduated cum laude from Connecticut College in 2011 with a B.A. in dance and minors in economics and psychology. While at Connecticut College, she was privileged to perform with and study under the direction of David Dorfman, Adele Myers, Shani Collins, Heidi Henderson, Lisa Race, Lan-Lan Wang, Derrick Yanford,Robyne Watkin, and Susan Connelly, in addition to guest artists Kyle Abraham, Monica Bill Barnes, Tania Isaac, Nicholas Leichter, and Twyla Tharp's "The Fugue" restaged by JasonMcDole. Courtney also has choreographed over 15 original works, including a senior thesis entitled, "Guts, Glory, Gamble," performed at Connecticut College in April of 2011. Prior to attending Conn, Courtney performed with the Lawrence Academy Dance Company under the direction of Brian Feigenbaum, performing at multiple venues including the Dance Complex in Cambridge, MA. Courtney also had the unique honor of choreographing and performing at the International Fringe Festival in Edinburgh, Scotland in the summer of 2006. She also has a love for musical theater and has performed with companies such as Reagle Music Theater of Greater Boston, The Quannapowitt Players, Emerson Umbrella, and Turtle Lane Playhouse. Courtney is absolutely thrilled to be joining the talented ladies of Six One Seven in their second season!